The Rate of Fusion

If you haven’t read The Basics of Fusion, I highly recommend you read it first before continuing on. If not, here’s a quick recap on what you missed:

Now that we’ve gone through some of the basics of what fusion is, we’re going to calculate how often fusion occurs.

You would think that if the target particle has a really large cross sectional area \(\sigma\), then the probability of a fusion reaction occurring would increase as well right? That’s correct - but we’re going to see exactly how the cross sectional area \(\sigma\) is related to the probability of fusion occurring by calculating the Mean Free Path. The Mean Free Path is the average distance a particle travels before fusion occurs. 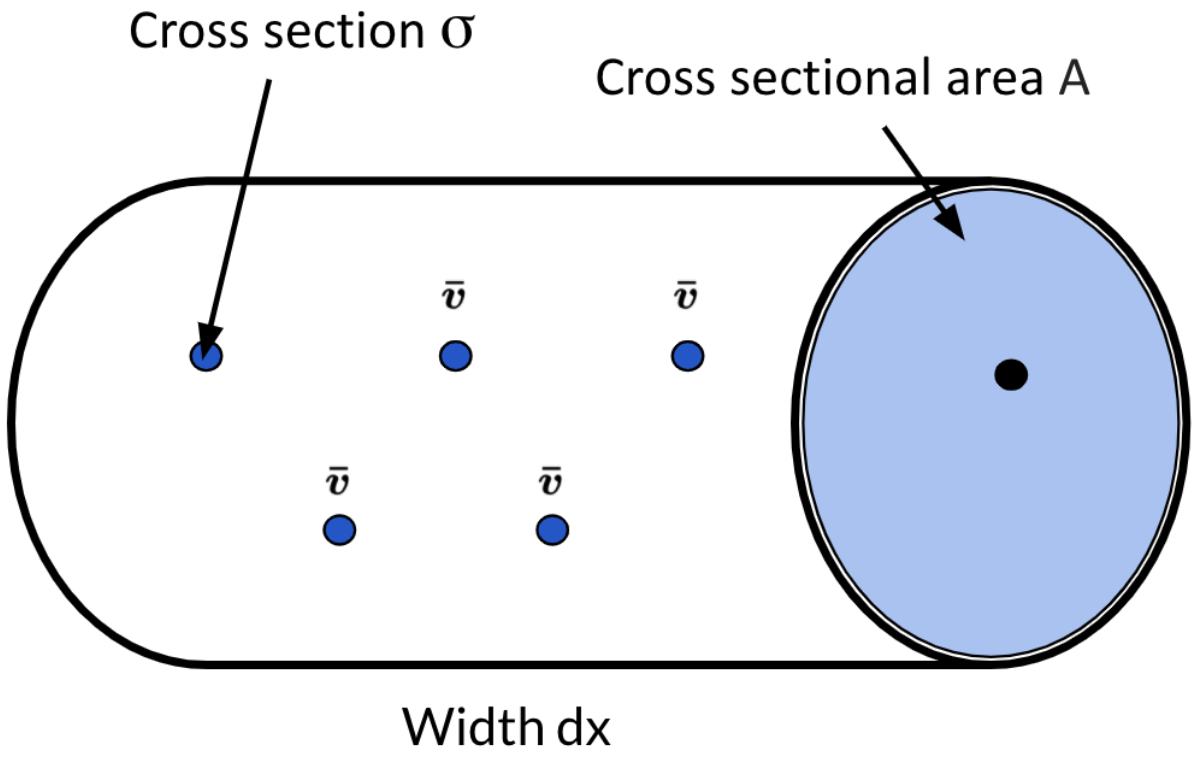 What does this tell us about the probability of an incident particle fusing with a target particle?

Finally, we can calculate the Mean Free Path which will tell us the average distance a Deuterium particle has to travel before fusion occurs.

Let’s say that there are several incident particles with density \(n_2\). Don’t confuse this with \(n_1\) which we used to represent the density of the target particles.

We’ll use \(n_2\) to calculate the flux \(\Gamma\) — this is total number of incident particles crossing the cross sectional Area \(A\), per unit time per unit area. Don’t get impatient, we’re going to use this quantity to calculate the Mean Free Path shortly.

To calculate the flux, we took the total number of incident particles \(T_2\) and divided by area \(A\) and time \(dt\).

From this, we can also figure out the number of particles that are not having a collision and thus, not fusing.

where, The Mean Free Path is

What Does This Tell Us About The Mean Free Path?

First, the Mean Free Path describes the average distance a particle must travel before a collision or fusion occurs.

How Often Does Fusion Occur?

In this article I won’t be deriving the collision frequency but I’ll tell you how it’s related to the cross sectional area of the target particles \(\sigma\), the density of those particles \(n_1\) and the velocity of the particles.

The Mean free path told us that a particle will travel a distance \(\\gamma_m\) before having a collision.

So if we were to increase the density of the target particles, the cross sectional area of those particles and their velocity, the time between collisions would decrease.

The collision frequency is the inverse of this:

In this case, let’s say we increased the density of the target particles, their cross sectional areas \(\sigma\) and their velocities, the collision frequency would increase. The opposite is also true.

The reaction rate \(R\) tells us how many times fusion occurs per unit time per unit volume. By calculating the reaction rate, we can then figure out how much energy fusion outputs per volume. This is important because it’ll let us know if the fusion reactions we’re using are capable of producing net positive energy … which is the entire point of using fusion energy in the first place. To produce immense amounts of clean energy.

The reaction rate \(R\) is the number of particles having a collision \(P(n_2Adx)\) divided by the total Volume of the space the particles are in \((A dx)\) and the time \(dt\). The reaction rate is telling us how many fusion collisions are occurring per unit volume per time.

Let’s say that each fusion reaction creates some energy \(E\), then the total energy produced in this reaction per unit volume is \(ER\)

Therefore, the power density of that fusion reaction in \(Watts/m^3\) is

Now we can start to see how everything is related.

Let’s test what you learned from this section:

In every equation you’ve seem above, the velocity of the particles \(v\) has remained constant. In a real nuclear reactor, this definitely wouldn’t be the case. Particles would be moving at various speeds depending on how energetic they are.

To do this we can create a function \(f\) that tells us the density of the particles and has all the information about the varying velocities of these particles.This is different from our normal density variable \(n\) that only included one velocity \(v\) to describe the velocity of all the particles.

I’ll walk you through this function using this scenario:

We have a small cubic volume of space \(dr=dxdydz\)

The total number of particles at a specific time \(t\) using our simpler density variable \(n\) would be \(n(r,t)dr\). The density is a function of the time and the volume of the cube space we’re looking at.

Let’s say there are 6 groups of velocities: 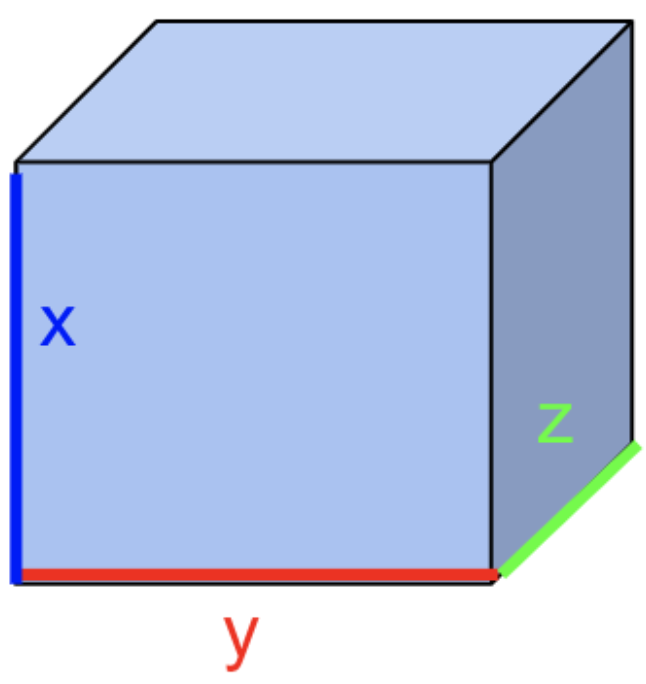 Now we can find the total number of particles in a certain velocity group, let’s say \(dv\) by integrating over all the velocities and dividing it by the cubic volume \(dr=dxdydz\)

If we wanted to calculate the specific average velocity of a particle at \(dr\). We would do the following:

We can finally generalize the reaction rate \(R\) to include multiple velocities.

Substituting all the variables above, we finally have a reaction rate that tells us the number of particles colliding given the varying velocities of target and incident particles.

Thanks for reading! If you have any feedback or suggestions, I’d really appreciate it if you DM’d me on Twitter